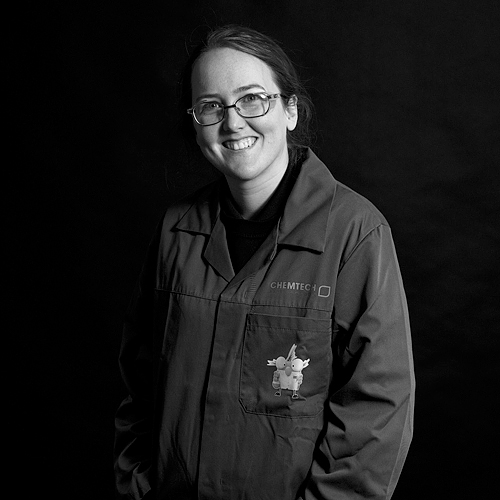 Our very own Jo Baker has been cooking-up a storm in the Chemtech lab since she joined us in 2017. All her hard work and efforts have paid off as she recently accepted the prestigious Lab Manager role, assuming responsibility for a growing team of talented Chemists and Technicians.

Jo’s illustrious career began at Alcontrol in 2004 where she rolled her sleeves up as an eager Technician preparing soil and water samples. Having quickly mastered her trade, she moved to AES (Northumbrian Water) as an Analyst, honing her skills on the GC.

By 2007 she’d moved on to Scientifics (which became ESG) in Oxfordshire, taking a promotion to Senior Analyst in her stride. Having mastered her trade, she stepped into her first leadership role as Organic Section Head at SAL in East Kilbride, before joining Chemtech as Organic Team Leader a couple of years later.

John Campbell, Director and Owner, said: “Jo is a respected co-worker who meets the everyday challenges of leading a team in a busy commercial lab with a sense of assured calmness; a fantastic skill to have when everything else around you is manic. She has proven over the years that she is a safe pair of hands and we look forward to helping support and nurture her in this new role.”

Jo commented: “I’m delighted to have been promoted to Lab Manager; it’s testament to the fact that Chemtech get behind their staff and look to promote from within. I’m looking forward to working closely with a fantastic group of people and rising to the challenge of following an ambitious growth plan whilst continuing to provide an excellent service.”

We use cookies to ensure that we give you the best experience on our website. If you continue to use this site we will assume that you are happy with it.Got It!Privacy policy