Best in the business and out on the field 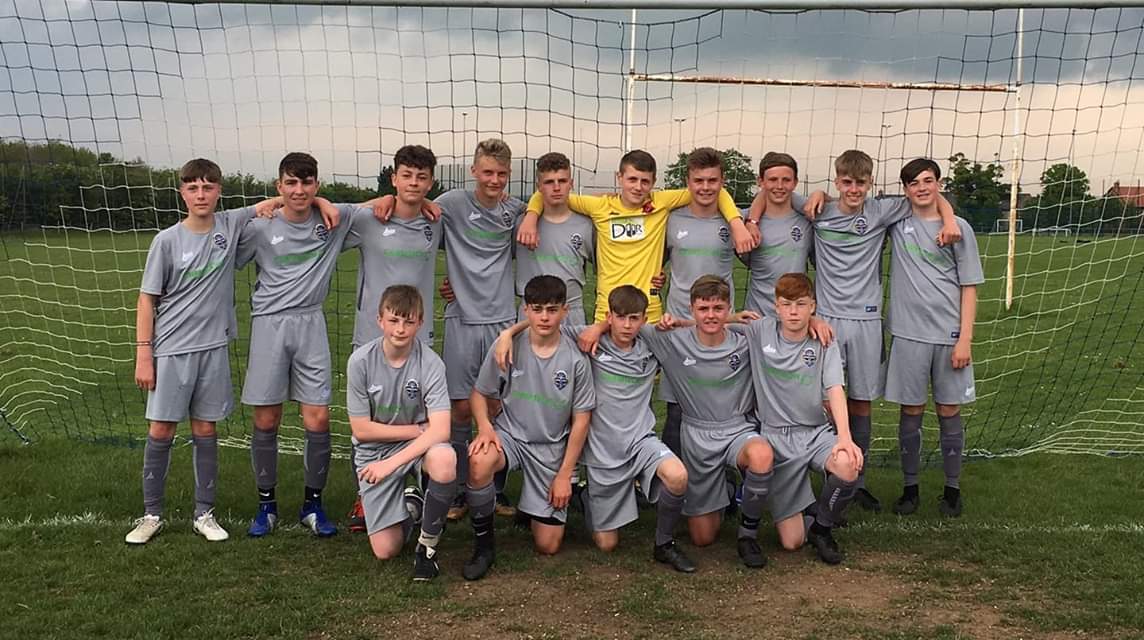 We proved to be the best in the business out in the field as well as in the lab as Burnopfield Juniors U14s football team swept all before them in their first outing in Chemtech-sponsored kit.

With our leader John Campbell watching on, the Burnopfield boys put in a perfect performance in their new gear, winning six games out of six – scoring 35 goals and conceding precisely none – in storming to the R&T Tours Flamingo Land Football Festival title.

The tournament was the debut for the away kit, but we have also provided a full home kit, goalkeeper’s home and away kit and training tops for the U14s, who will also have a new club name and badge when they kick off their U15 season, as a switch of home ground sees the formation of Durham Quakies FC.

Burnopfield coach Barrie Smith, whose side play at the pinnacle of North East youth football in the Pinpoint Recruitment Junior Premier League, said: “The lads looked fantastic in their new kit at Flamingo Land and produced football to match. We’re massively grateful to John and everyone at Chemtech Environmental for their incredible generosity.

“We look forward to wearing the kits with pride at the summer tournaments we’ve got coming up, and then in league and cup football against the other best teams in the North East next season.”

Editor’s comments: “As the sponsorship came out of my budget I hope the lettering doesn’t come off in the wash…”